We all have ‘off’ days in our work situation. That is not unusual. Sometimes the stress, pressure, interactions and duties we have to perform seem to feel like we are walking around with a brick on our heads. However, what if the ‘off’ days suddenly seem to number more than they should? What if every day seems to be an ‘off’ day? You do not just feel as if you are walking around with a brick on your head, but also that you are trapped!

Recently I was talking to a school principal who wistfully commented that he felt he should get out of the job he was doing because it was no longer meaningful work for him. His age, natural caution and his financial situation were telling him it was impossible and just to get on with the job.

One strategy that is worth considering is called ACT (pronounced as a word, not a series of letters). It stands for Acceptance and Commitment Training (or Therapy) depending on the professional context in which it is being used.

The aim of ACT is to create a full, rich and meaningful life while accepting the pain that inevitably comes with it.

Most of us are willing to go with the first half of the definition but we have reservations about the second. Our society has ‘conditioned’ us to certain expectations about happiness which are mythical and unrealistic. Some might be centred on the idea that our job should always be meaningful and worthwhile and we should always be happy doing it. If not, there is something wrong with us… Sadly, there is something wrong with an awful lot of us, as 70% of Australians report wanting to change their jobs. Many of those reasons may involve not being happy in their jobs.

What is there to say they will be happy in their next one, or the one after? Nothing! At the very least, constantly changing jobs is expensive and exhausting to all concerned at both the employee and employer level.

What perspective does ACT offer? ACT works at increasing the psychological flexibility or resilience of individuals through six core processes. It aims to help them to:

This might sound really complicated but engaging in these processes really does work. I first came across ACT through a friend telling me about a workshop he had attended run by Dr Russ Harris, author of The Happiness Trap. (Check out his material at www.actmindfully.com ) After coaching from other methodologies, I was really excited at the way this framework seemed to deal with some things that had been bothering me in other approaches.

Let us return to our disenchanted school principal to see how an ACT coaching intervention helped him deal with his circumstances.

The scenario is as follows. Bill is a 55 year old principal of a large city primary school in Queensland. He would like to get out of his job but does not consider himself qualified in any other area but education. His financial circumstances are such that he cannot take early retirement or a redundancy. He still has dependants to consider and his wife has recently left him after a marriage of 30 years. In addition, his Share Portfolio has taken a battering through the GFC. He generally enjoys good health and is physically fit, thanks to his regime of swimming laps three times per week. He reports feeling powerless and stuck in a career that he once really enjoyed.

So, at an age when he could possibly be looking forward to retirement, Bill cannot even consider it. His employability (despite ‘age discrimination’ laws) might well be restricted, although he is well qualified with many years of experience as both a teacher and a principal. His marriage is over but his commitments and responsibilities are not. Life has suddenly presented him with a set of circumstances he did not ask for, want or expect. Not surprisingly, he does not like the situation he finds himself in and a feeling of hopelessness has crept into his thinking. He is not alone!

Bill happens to be a school principal, but really any professionals could benefit from using the ACT process in addressing various life issues. In ACT, the assumption is that clients are stuck rather than broken and in the course of a few sessions, through developing psychological flexibility, they can learn to move their life in a valued direction even if all circumstances are not ideal.

Having taken Bill’s case history, what next? He clearly has lots of areas in which he wants change and to work at all of them at once is overwhelming and not feasible. He chose to work in the area of career where he felt most frustrated and helpless.

Bill was encouraged to talk about what attracted him to teaching in the first place and as he spoke, his eyes began to light up and energy returned to his voice. It was not long before some of the values that underpinned his original career became evident. He loved being inspired, active mentally stimulated, and making a difference in the lives of children. Being frozen, bored, helpless and drowning in administrative requirements had moved him away from his strengths, interests and passion. His attention was drawn to the facial animation he suddenly demonstrated and he smiled!

Working from the area of Values, over the next few sessions, Bill found ways of accommodating them despite his circumstances. His motivation to do what mattered to him became very important and he realised that if he waited until all circumstances were ideal, he might be waiting for ever, and life would pass him by. He was able, over time, to deal with his negative thoughts and acknowledge them as being there without them dictating the agenda and sapping him of energy and vitality.

He was able to notice his thinking and learned to name the stories his mind was telling him- like you’re a failure…you’re past it… why bother?.. and so on. The stories kept reappearing or changing, but because he knew they were just a passing parade of thoughts in his mind, without real power, he allowed them to be there in the background whilst continuing to do something significant in the direction of what he really valued in his career.

When, as is normal for all of us, he found himself in a panic or his tension levels began to rise, he noticed it and used some of the mindful breathing techniques he had learnt, to bring himself back to the present moment.

By identifying his values and then moving in a committed way to putting them into action, Bill found meaning in a career that he thought held nothing for him. The values he initially identified, those of being inspired, being mentally stimulated, being active and making a difference in the lives of children were translated into actions that he could do rather than just ideas he could think about. That really appealed to him.

For instance, just one thing he did was to start a discussion forum with a group of principals about innovative educational ideas. Whilst many of these were over the internet in list serve style, once a month a speaker with expertise in one of the areas of interest to the principals was organised to talk to the group over a social event after school. This lead to changes in programs, new ideas being tried out, interested young teachers being mentored and a vibrancy and vitality in the school that became commented on in the local community. For Bill, a small change he had acted upon had a ripple effect which really made a difference – thus enacting another of his values.

Bill went from tolerating his career to ACTivating it and it showed! In two months he is going to be the speaker at the group he founded telling people how it all had happened and how ACT has worked in helping him to create a full, rich and meaningful life for himself despite all the disasters threatening to engulf him.

How to build a Win-Win Relationship with your Recruiter

10 Strategies to Help You Prepare for Your Interview

5 Strategies to be your own Executive Career Sleuth 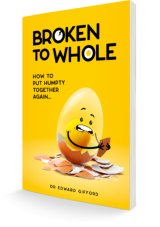 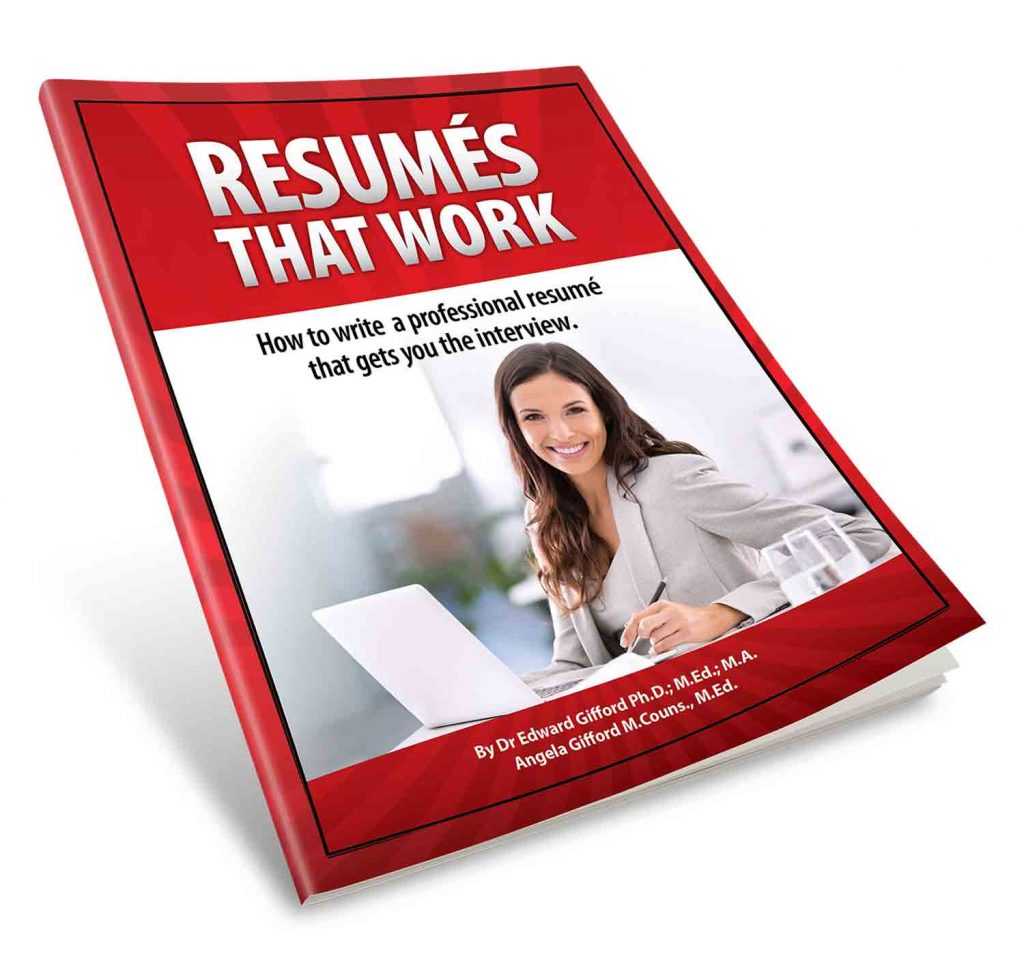 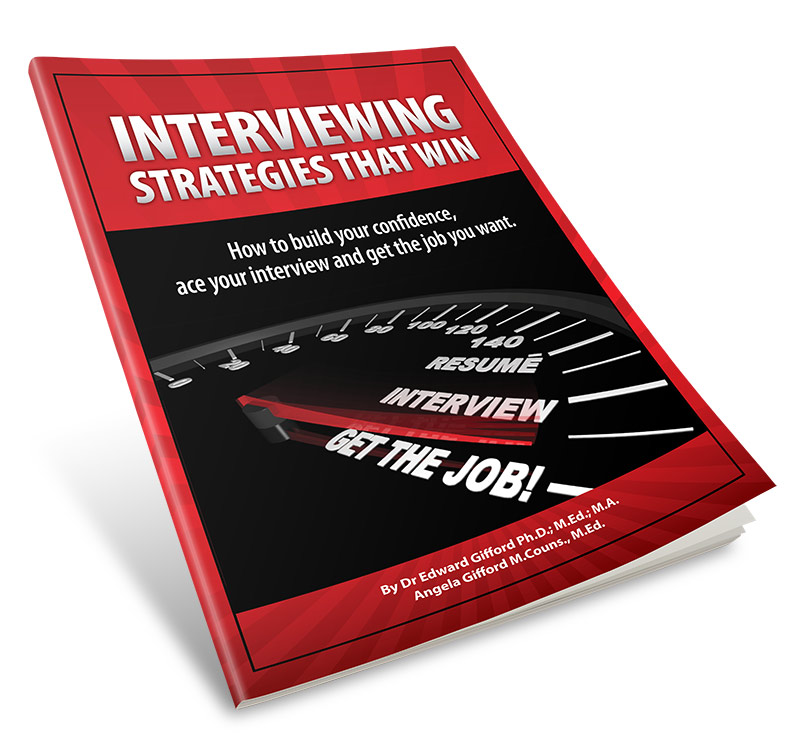 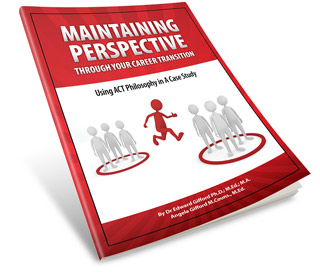